Dr Ian Paisley arrived at National College of Ireland as part of the Legends in Your Lunchtime series.

The idea is a series radio interviews with famous people recorded in front of an audience at the college. Newstalk and Metro partner with NCI for these events. 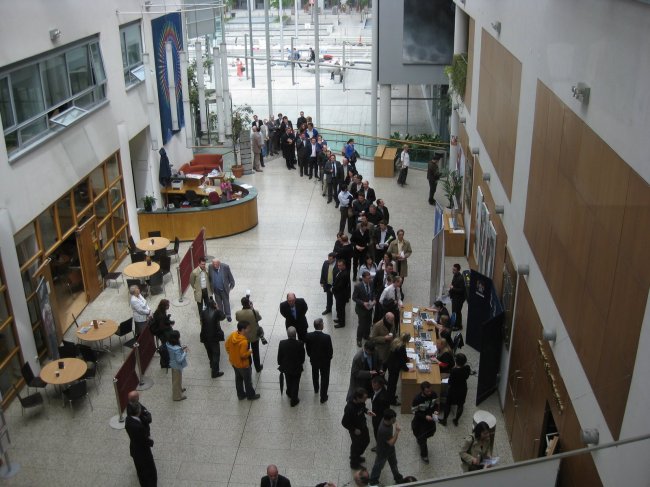 Paisley can still attract a crowd.

I have to say I have very mixed feelings about Paisley. Like many people who lived in the Republic throughout the troubles I regarded Paisley as the epitome of unionist intransigence. No one can say for certain but fixed and extreme views on both sides meant that a resolution came about only after many, many more years than necessary.

Paisley must shoulder his share of responsibility for this.

Still, as I sat near the front of the lecture theatre, I could not help but be taken in by the warm, affable manner of the 82 year old Paisley.

George Hook as the interviewer is old enough to remember how in the bad old days Paisley used to storm out of TV studios if he did not like the question or the tone of the interviewer. 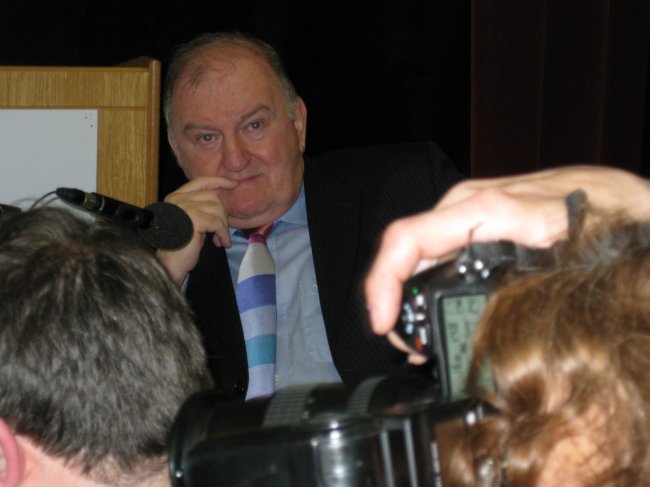 George sat stern faced in the lead up and I wondered if he’d be up for the task.

Paisley himself sat well back and placed his well-worn copy of the King James Bible on the table in front of him.

And so down to business…. 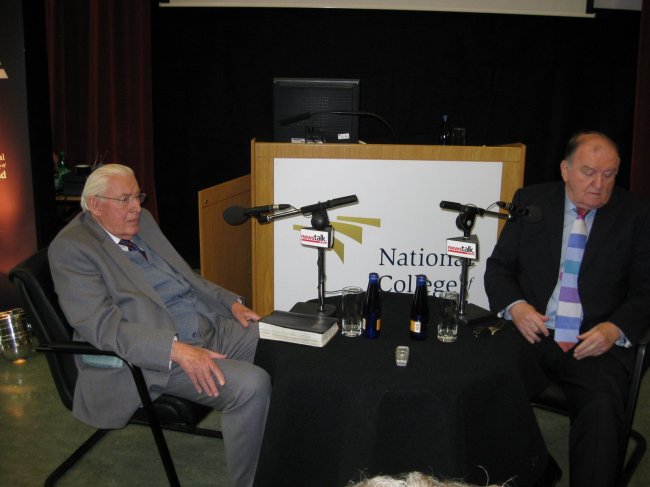 George started on comfortable ground “tell us about your mother and growing up in Ballymena”.

“If you strike an Ulster man he’ll strike you back – it’s as simple as that”. This was how Paisley summed up the troubles.

George decided that this was warning enough and kept the next few questions along the religious theme asking about Paisley’s bible and his days in a seminary in Wales.

Soon George got into his stride and decided to lob in a few testing questions to get the big man going – “sure you and the pope have a lot in common” he quipped. Paisley had heard that one before and quickly pointed to his book – a direct line to God.

George realised that Paisley was not going to run and decided to ask the big question. “What if your wrong – what if you die and there is no God – I have to confess I worry about that myself” – George was honest enough about his own doubts.

Ian has been preaching all his life and rattled off a great platter of God-affirming experiences. George looked almost convinced and I thought we were going to witness a live conversion.

But Hookie was wiley enough and there were other questions to ask – what about the peace process? Do we really need a border?

All the time Paisley’s responses were clear and predictible.

So now we have a new Paisley – a big teddy bear – or really a dinosaur confident in his religion and ready to meet his maker.

It was good to witness this and it’s a great example of what third level institutions should do to open minds and to engage with wider issues.

I caution that we should never glorify the obstenate, retrenched or bigitoted behaviours of the past past but equally we should be open and receptive to those who make peace.

After all the good book says:

“Blessed are the peacemakers, for they will be called sons of God” (Matthew 5:9)