It’s the start of 2011 and last night we celebrated as we said goodbye to 2010 and welcomed the turn over to a New Year.

At New Year and perhaps birthdays or other recurring significant dates we often conduct a self-appraisal and make decisions about our future behaviour.

This is typically framed as a New Year’s Resolution:
I will go to the gym and loose weight;
I will give up smoking;
I will do a course;
I will complete an unfinished project (I know someone who has resolved to complete her master’s dissertation).

So what’s really happening–why do we make such self-resolutions?  How likely are we to succeed in changing our own behaviour as a result of such public and private utterances?

Last night I had an idea (my first of 2011) that is to develop a Theory of Resolutions.  Like many good theories will build extensively on the work of others.  Don’t worry that I state my goal in such grand terms as ‘a theory’ – I am simply attempting to provide a new perspective on the familiar, a framework for understanding and making sense of an aspect of our life.  There is no proof.  The quality indicator for such a theory is its utility – is it useful and does it help?

Actually, when you think about it, although New Year’s resolutions are seen as part of the festive ritual there is often a very serious side to them.  Promises are frequently connected with one’s health and well-being: smoking, weight loss, alcohol etc..  These can be life changing, even life saving.  We are not dealing here with trivia.   The stakes can be very high indeed and therefore, I argue, we need a better understanding of what’s going on.  Hence my theory. 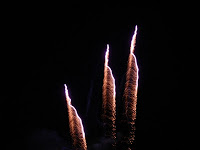 Proposition One: Resolutions arise from Self-desire
Desire is a necessary but not a sufficient condition for motivation.  We desire many things but very few of our desires or wishes are fulfilled.  For example, I  could place a bet on a racehorse to win at long odds.  I may wish it to come first but there is little I can do about it other than wait and observe the outcome.

I argue that resolutions are predicated by a specific type of desire.  I call this Self-desire.  Note that I am using the proper noun ‘Self’ indicating how we each think about who we are.  A way of understanding this is to think in terms of selfing – a lifelong constructive process of framing, shaping and refining our self-image (think beyond the pictorial to the wider concept of image involving attributes, characteristics, values etc.).  The Self is the outcome of this process at any point in time.

It’s as if there is an on-going project ‘project-self’ that we engage in throughout our lives.  We have desires or wishes that centre on the Self.  We desire to be liked, to be virtuous, to be successful and so on.  At any point in time, of these desires, there are some that we have the potential to act upon and others that will remain forever unfilled.

New Year resolutions may therefore be considered as expressions of desire, a desire to improve the Self; for example, to be the non-smoker, the thin person, the controlled drinker or the successful student. 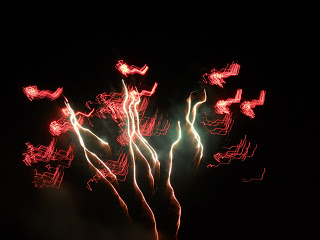 We set goals all the time and the day-to-day trajectory of our lives may often be regarded in terms of goal-directed behaviour.

Often such goals are implicit we don’t even think  about our actions in terms immediate goals.  We set long-term goals and many of our actions are a means to an end.


However, there are times such as at the beginning of a New year when we state certain goals explicitly.


It is useful to think about different types of goals.  Firstly, one can distinguish between goals that relate to mastery or competence and goals that relate to (social) performance.  Consider, for example a stated goal such as to exercise regularly.  There may be a mastery component to this goal “I can bound up four flights of stairs without loosing breath” and there may be a performance component “I will look great and people will admire my fitness”.

There is another distinction in relation to goals that is also useful: ‘approach’ and ‘avoidance’ goals.  Consider a typical approach goal stated as “I will pass my driving test” and the same desire expressed as an avoidance goal “I will not fail my driving test“.

Notice that desires can be expressed as any combinations of ‘mastery’, ‘performance’, ‘approach’ or ‘avoidance’.  Similarly, new year’s resolutions can be expressed in terms of each of these types of goal-statement.  For each there are certain characteristics and it’s useful to recognise these: 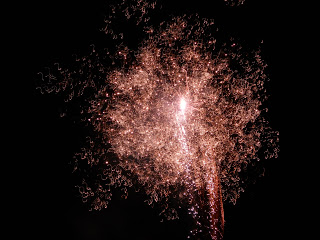 Proposition Three: The illusion of will power

Now that we have some framework in which to understand the nature of our resolutions it’s time to ask how successful we are at keeping them.

An underlying assertion that I make here, based only on my experience, is that we, including especially myself, are not very good at fulfilling such resolutions.

Even if we disregard the cases where we set resolutions trivially, perhaps in response to being asked to quickly supply one, even if we ignore these as not real examples of a resolution, we still seem to have a poor record.  Why then is this the case?

One reason is that we often engage in quite literally ‘wishful thinking’; in other words, we focus on the desire rather than the means to achieve it.  As stated above, desire without a means to act is quite impotent.

Furthermore, when we make resolutions we tend to focus on significant and previously unachieved outcomes.  So we set the stakes very high, usually at the level of life-changes, but we often fail to recognise that these will take planning and effort over time.  We wish the result instantly and in fact get some small part of that wish fulfilled through the statement of the resolution (see performance goals above).

A third reason is that we frequently misunderstand the role and the potential of will power.  Let me take as an example a person who desires to give up smoking.  It is now generally understood that giving up cigarettes is not an easy achievement and people make a serious appraisal of the effort involved prior to resolving to give them up.  Here is a typical sequence of events:

Summary
I have tried here to provide some insight into the nature of New Year’s resolutions and, rather grandly I admit, I have called it a Theory of Resolutions.

In this I have provided three propositions:
First, that resolutions are connected with Self-desires and are part of the process of self improvement that we engage in throughout our lives.
Second, I have argued that we should consider resolutions in terms of explicitly stated goals and I provided a classification of goals in terms of mastery, performance, approach and avoidance goals.  And thirdly, I have discussed the illusion of will power and how we have a tenancy to apply an effort of will only when we consider a project as daunting.  Early success in such a project can be misinterpreted as evidence of efficacy (easiness) and hence the investment of effort is reduced.  This can seriously undermine the intended outcome.

So if you have made a New year’s resolution keep these propositions in mind and I hope you will be successful in 2011.

Further Reading
As stated the ideas contained herein build on the work of others.

For a fuller treatment of the differences between desire and motivation I refer the reader to my own PhD thesis:

For further reading on the ideas of self see:

The classification of goals draws primarily on the works of Dweck and Elliot see, for instance:

The discussion on will power derives from arguments made by Gregory Bateson on the nature of alcoholism in his book Steps to an ecology of mind.